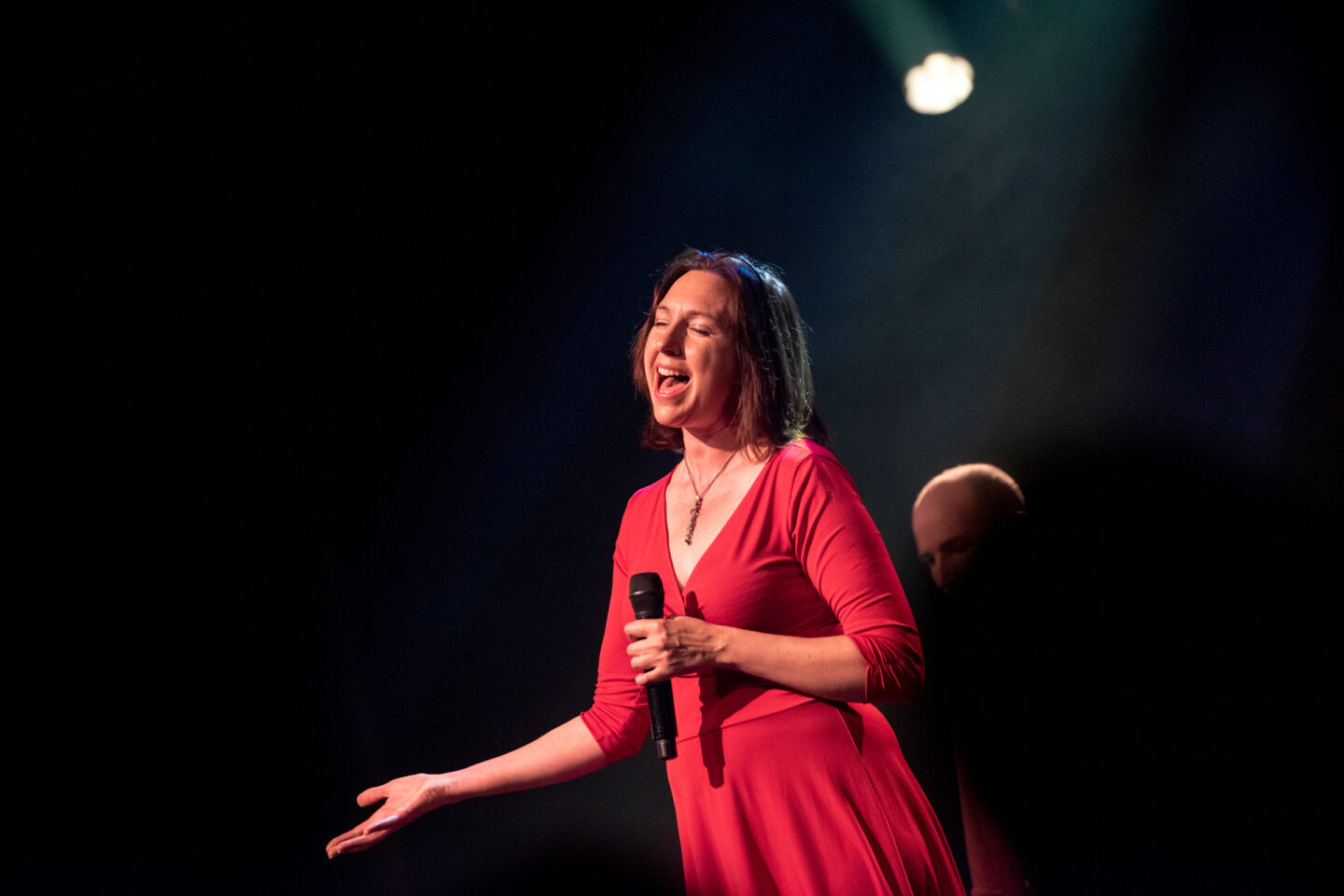 Sonja Morgenegg  studied voice at the school of Jazz in St.Gallen, Switzerland. Followed by different Masterclasses in Breathing-, Bodwork- and Voice-Techniques, Improvisation and Theater. Since 2008, she works independent as Voice teacher, Yodeler and Singer. During 6 years she was member of a regionally known “Bassacella Trio Unerschrocken“ (1. Rank at the Swissstar-Competition 2012), Frontsinger in different bands. She released her first Singer-Songwriter-Album in 2015 („On the Wings Of Sound“)

She yodels since her childhood and found a deeper connection to this special technique and way of singing through improvised singing. Since several years she studies and teaches „Nature Yodel“ ( the very old yodel style from the Swiss mountains) directly with native yodelers. (Par Example Bernhard Betschart, Muotathal). She also studies Yoik, Hawaiian yodeling and Georgian Yodeling.

With «SOOON» finally she combines her full potential as singer, songwriter, improviser, performer and yodeler in one unique formation.